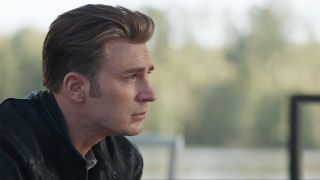 We already have a pretty good grasp on what the directors of Avengers: Endgame did (and didn’t) leave on the cutting room floor. There’s a heap of Avengers: Endgame deleted scenes to pore over, plus the likes of a scrapped Thor vs. Thor fight. But wait, there’s more! Co-writer Stephen McFeely has revealed that the first ‘reunion’ between Captain America and Peggy Carter in the 1970s almost didn’t make it into the final film, which would’ve been a crying shame. Emphasis on the crying.

As revealed on the Endgame director’s commentary (which is part of the home release out now digitally in the US), McFeely said: “Our first draft did not have this [scene with Cap and Peggy]. It would’ve been a shame. It’s really lovely.” (via ScreenRant).

If you’re struggling to remember the scene thanks to the Pavlovian buckets of tears you’re already sobbing out just upon hearing ‘Cap and Peggy’ in the same sentence, it’s the moment where Steve Rogers and Tony Stark use the Pym Particles to go back to a 1970s army base to retrieve some time travel MacGuffins.

While snooping around, Cap has to quickly hide in a room to avoid detection. As he enters, he notices a framed picture of himself as a young soldier in WW2 and then it hits him: he’s in Peggy’s office. Worse still, she can be seen through the window talking to a colleague, oblivious to the fact that her beau is just inches away on the other side of the glass. You’re probably getting goosebumps just thinking about it.

Of course, things turn out just fine in the end. Cap goes back in time to be with Peggy and, in the real world, the writers saw fit to include that extra little moment with Hayley Atwell’s character, which also serves as a farewell to her, too. For once, we didn’t enter the darkest timeline – but it could have been oh-so-different if the first draft made it to the big screen.

Look beyond Endgame with our complete rundown of Marvel Phase 4.