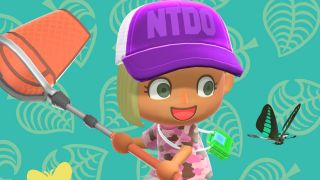 The Animal Crossing: New Horizons pre-load is available now, so you can get the island livin' game downloaded before its release.

Starting the Animal Crossing: New Horizons pre-load is easy. Just head to the eShop, navigate over to the game's listing, and put in your pre-order to get the option. You'll need to pay the entire cost of the game up front, but at least you'll be ready to go as soon as the March 20 release date arrives.

The pre-load data should take up 6.2 GB of storage according to reports. That doesn't necessarily mean the full game will take up exactly that much space when it arrives - check out our buying guide to cheap Nintendo Switch SD cards if you're worried about running out of space.

According to Nintendo UK, digital pre-orders for Animal Crossing: New Horizons will unlock the full copy of the game at midnight and you can start playing right away.  That presumably applies to each individual region as well, meaning US East Coasters could start playing at midnight on March 20 and West Coasters at 9 pm on March 19. That way you can steal away to your own deserted island for the first time in the middle of the night, under cover of darkness. I'm sure Tom Nook will appreciate your discretion.

The eShop pre-order terms for Animal Crossing: New Horizons confirm that you won't be able to back up your save data with Nintendo Switch Online at launch, though you will be able to "recover Animal Crossing: New Horizons save data from the server in the event of console failure, loss or theft will be available to Nintendo Switch Online members sometime in the future."

The whole GR+ team took a shot at designing our own Animal Crossing characters, and the results were more menacing than expected.