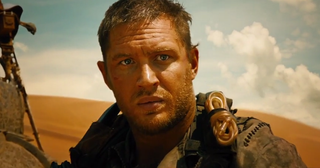 Tom Hardy's star has risen quite a bit since he was attached to the Splinter Cell film adaptation way back in 2012, but he's definitely still on board. The former CEO of Ubisoft motion pictures wouldn't have it any other way; Jean-Julien Baronnet said in an interview conducted in December that many of the same traits make Hardy and Assassin's Creed star Michael Fassbender ideal for their respective projects.

First off, Baronnet praised Fassbender as "the best actor of his generation", and that he would need those chops to pull off playing both modern-day character Callum Lynch and his 15th-century Spanish ancestor, Aguilar. Then Baronnet called out how Fassbender continues to work on big-budget films like Prometheus and independent movies like 12 Years A Slave.

"It’s exactly like Tom Hardy with Splinter Cell – we chose Tom for exactly the same reason", Baronnet said. "Tom is doing indie movies like Bronson and he’s doing Batman [The Dark Knight Rises] or whatever or Mad Max [Fury Road]. So this combination of factors for us was very important because it was a symbol for what we want to do in a movie – which is to do a movie of course that should be mainstream, but with the content we would like to have, so Michael does exactly this kind of stuff".

Director Doug Liman left the project back in 2015, according to Screen Rant, and the project has gone through several script revisions since it was first announced. But with the Assassin's Creed movie locked-in for a December 2016 debut, hopefully Splinter Cell will soon follow suit.