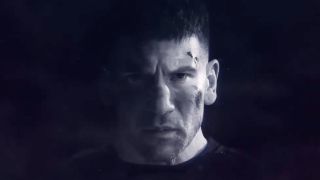 Netflix just can't stop being coy about its upcoming Punisher series. A new teaser has been released via Twitter, though it's as cryptic as it is poorly-lit. There's some new faces and some old ones, plus a ton of black ink and classified documents. Check it out for yourself and see what you make of it:

Also this week, the official Punisher Twitter account began posting cryptic messages via morse code, starting with this one:

That translates to "3 AM," but what was the intent here? Were fans expected to tune in at 3 in the morning for a new trailer or news regarding the (still unconfirmed) release date? More and more tweets began to pop up, each of them also containing a message in morse code, until there were a total of 13 tweets to decode. It became clear that the account wasn't teasing when we would get more information, "3 AM" was the information - it, and the 12 other messages, are the Punisher's episode titles.

While some of these seem to simply be teasing some explosive conflict (Gunner, Crosshairs, Danger Close), others suggest we'll get a better look at Frank Castle's past (Kandahar) and the people who betrayed him (The Judas Goat). Memento Mori translates to "remember that you have to die," so it also sounds like someone is going to bite the big one by the end of this. Not that I'm particularly surprised - that's kind of The Punisher's whole deal. Now if we could only get an official word on when.