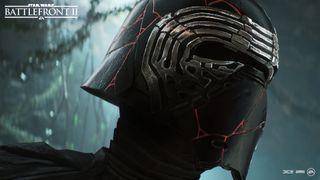 Star Wars Battlefront 2 is celebrating this week's theatrical release of Star Wars: The Rise of Skywalker with a new trailer showcasing DICE's upcoming crossover content to its live service multiplayer shooter. Check it out below:

The dazzling sizzle reel shows off all the free content arriving to Battlefront 2 with the update, including a new (yet to be officially named) jungle planet from the upcoming movie, which will play backdrop to modes in both the game's multiplayer PvP firefights and story based co-op modes.

Here's what GamesRadar thinks of the Xbox Series X so far

In addition, new outfits for Rey, Finn, and Kylo Ren will be available to acquire and equip in-game, each one inspired directly by the character's new costumes from the movie, while additional Reinforcement units will also be making their entrance into Battlefront 2's multiplayer, including the Jet Trooper and Sith Trooper classes from the First Order.

The trailer follows the recent launch of Star Wars Battlefront 2: Celebration Edition; an all-in-one repackaging of the game released to commemorate its two year anniversary, and its ongoing journey following a turbulent launch period in 2017.

The Rise of Skywalker content begins rolling out across Star Wars Battlefront 2 tomorrow, December 17, as a free update to anyone with a copy of the base game on PC, PS4, or Xbox One. Star Wars: The Rise of Skywalker itself, meanwhile, hits theaters on Thursday December 19, and is destined to be one of the biggest movies of the year.

For more, check out the biggest new games of 2019 on the way, or watch the video below for a guide to the year ahead.