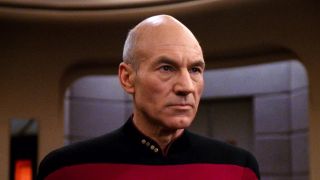 There have been rumours flying around for years now that Quentin Tarantino could direct a Star Trek movie, but so far there has been no official announcement. In the meantime, Sir Patrick Stewart has returned as Jean-Luc Picard for a show named after the iconic captain. Perhaps, then, now's the perfect time for a crossover.

While promoting Star Trek Picard, the actor took part in a set of roundtable interviews, which our sister publication SFX magazine attended. Asked about whether he would be interested in appearing in Tarantino's potential Star Trek movie, Stewart gave a jubilant response.

"Ooh, you bet!" he said. "I would love to work with Tarantino. He’s a remarkable film-maker."

Stewart has previously spoken about his love of Tarantino's work. Before the Picard series was announced, Stewart spoke highly of the director, adding that, were there the chance to work with him, he would "embrace" that.

"The one thing that characterizes all of his movies is that frame by frame, it always challenges, always demands your attention, always demands a very kind of open and generous response to what he does," he said, according to The Hollywood Reporter. "I also love his sense of humor as a filmmaker. So yes, he would be my first choice."

The main problem isn't Stewart, but Tarantino's hesitancies towards doing the Trek movie. “I think I’m steering away from Star Trek,” he admitted just before Christmas, “I haven’t had an official conversation with those guys yet.”

Excited for the new show, but don't know how to watch it? We've got you covered with our watch Star Trek: Picard online guide. Find out about every future release with our rundown 2020 movie release dates.