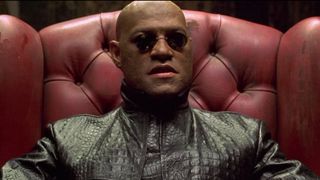 Landmark sci-fi epic The Matrix is returning to theaters for one week in honor of its 20th anniversary.

It'll be the first time fans can watch the classic with Dolby Vision picture and Dolby Atmos audio on the silver screen, making that subway fight between Neo and Agent Smith all the more intense. It'll start its single week run on August 30th at AMC's Dolby Cinemas across the country with tickets on sale now on the official AMC website.

It's clear that this is less of a plug for The Matrix twentieth birthday and more of a plug for Dolby Technology. This will be the first time many movie lovers will be able to see The Matrix on the big screen. If you weren't around for it in 1999 we highly recommend you check for screenings in your local area.

“Bringing The Matrix to life in Dolby Vision and Dolby Atmos pays homage to the masterpiece that the Wachowskis created 20 years ago,” Doug Darrow, senior vice president of Dolby Laboratories’ Cinema Business Group, said in a statement. “Movie lovers will be able to see and experience unforgettable sequences like bullets flying in slow motion with the utmost detail – transforming one of the most iconic sci-fi films of this generation.”

Don't hesitate though, as The Matrix won't remain in theaters for long.

Looking for more news on Christopher Nolan's newest movie? Check out what happens in the trailer for Tenet, which secretly premiered before Hobbs & Shaw.