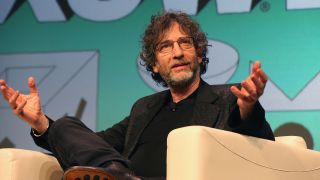 Say hello to your new favourite show. After several failed attempts and start-ups, Neil Gaiman’s Sandman is heading to Netflix in a big-money deal. The comic book series, which follows the lead character of Morpheus, the Lord of Dreams has gained a significant cult following over the years. But, for the longest time, it was thought un-filmable. Now, it’s actually an honest-to-goodness Netflix Original. No, this isn’t a dream.

As reported by THR, the adaptation of Neil Gaiman’s seminal comic book series is coming to Netflix,. This comes off the back of multiple aborted launches of a Sandman adaptation, most recently a Joseph Gordon-Levitt-directed movie that fell away in 2016.

As you can imagine at this early stage, details are scarce. No Sandman Netflix TV series release date has yet been announced. There’s also apparently been no talk of multiple seasons (yet), and we haven’t got so much as an episode count to cling to, let alone some of the more granular details like casting. However, there are plenty of famous and familiar faces behind the scenes that will serve as fantastic guiding hands while the Sandman Netflix show begins to take shape.

As you’re about to see, The Sandman Netflix series has already assembled a dream team of talent. Allan Heinberg, the writer of a certain smash hit by the name of Wonder Woman, will be both the lead writer and showrunner. David S. Goyer, who has had a hand in writing everything from The Dark Knight to the first two Call of Duty: Black Ops games, is executive producing the project. Of course, Sandman wouldn’t be Sandman without Neil Gaiman – he’s on executive producing duties too.

So, Netflix is bringing out the big guns. Or should that be big hourglass? Either way, we have a potentially big-budget adaptation of one of the most beloved stories of the past thirty years heading to a streaming service near you. Don’t sleep on this one, let me tell you.

This could be joining the pantheon of some of the best shows on Netflix. Why not check out what's already made our list?