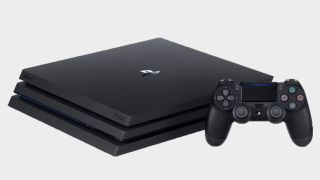 The PS4 update 7.00 beta is going live, and if you signed up for testing you may have an invite code waiting in your mailbox right now. Sony hasn't made any official announcements to the public, but PS4 owners are sharing the messages they received along with their invites to the PS4 update 7.00 beta. Some of them are even sharing their beta codes, since Sony's taking a novel approach to bringing more users on board for this latest test.

The biggest change in the update is an increase in the cap for Party sizes: if you have the beta installed, your Parties will be able to support up to 16 members at once. You won't be able to party up with folks who aren't in the beta, which is why Sony's letting each beta code be redeemed up to 20 times by different PSN accounts. Otherwise it could be tough to find enough folks to actually test the new party cap with, you know? Beta-compatible parties will be denoted by an asterisk in front of their name in the list.

The other big features coming in 7.00 are improvements to the update process itself. With this update, your system won't always need to restart to complete updates. This means certain system updates will be able to install themselves fully automatically, leaving your PS4 ready to go the next time you bring it out of rest mode (assuming you have automatic updates enabled). It's not a big change, but it should be especially handy for folks who tend to go a while without booting up their systems.

Those are the only two changes Sony is talking about for update 7.00 so far, though it could always sneak something else in for the release version. We already have PS4 remote play on iPhone and PSN name changes, so I don't know how many more big feature updates we're going to get before PS5 arrives.

Find something new to play with our list of the best PS4 games.