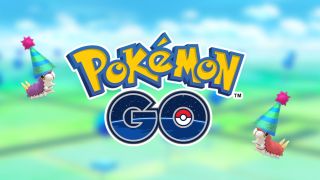 Pokemon Go just got a massive update that adds a laundry list of new Pokemon from the Unova region, as well as the Trade Evolution function from the main Pokemon games.

Trade Evolution is simple and adds an additional benefit to trading certain Pokemon. The mechanic allows a Pokemon that's been traded to be evolved without using any Candy. Some of the first Pokemon eligible for Trade Evolution include Kadabra, Machoke, Graveler, and Haunter. If you previously received any of those Pokemon through a trade with another player, you can evolve them at no Candy cost.

Along with a bunch of other new Gen 5 Pokemon, Boldore, Gurdurr, Karrablast, and Shelmet now appear in wild encounters, Eggs, and raids across Pokemon Go, and are each eligible for Trade Evolution. Here's the complete list of new Pokemon and how to find them in Pokemon Go, straight from Niantic:

Pokémon appearing in raids: Timburr will also be available in one-star raids.

Pokémon appearing in the wild in certain parts of the world:

This is one of Pokemon Go's biggest updates in quite some time, and it comes on the heels of a load of new Pokemon joining Sword and Shield, not to mention a release date for Pokemon Home.

It's a big week for Pokemon in general - here's everything we know about the new Pokemon Sword and Shield expansions.