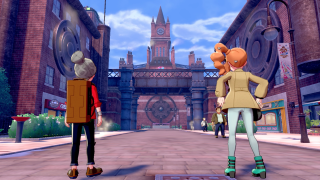 The official press release states that: "Trainers will meet a lively array of diverse Pokemon, from newly discovered Legendary Pokemon and new regional forms to familiar Pokemon that have been seen living in other regions."

But don't fret, you don't have to purchase the £26.99 / $29.99 Pokemon Sword and Shield Expansion Pass in order to actually get access to all these new Pokemon. Free updates will be released for Pokemon Sword and Shield at the same time each of the expansions launch, allowing players who haven't purchased the pass to receive the Pokemon that will be added through "means such as trading".

You'll also be able to bring past Pokemon into your game using Pokemon Home, of course, which is now scheduled to launch in February 2020 – although you'll only be able to import Pokemon that appear in The Isle of Armor and The Crown Tundra expansions.

Although the full list of returning Pokemon is yet to be revealed, game director Shigeru Ohmori has revealed the geographical inspiration behind the two new additions to the game: “The Galar region in Pokémon Sword and Pokémon Shield was inspired by the United Kingdom. In the Expansion Pass, players will visit two brand new areas, the Isle of Armor and the Crown Tundra. The Isle of Armor is a location inspired by the Isle of Man, an island situated just off the coast of the United Kingdom, and the Crown Tundra is a snowy landscape inspired by Scotland.”

Plus, we have details on some of the new critters you'll discover in these new areas:

Plus we now have screenshots of some of the Pokemon that are returning with the Pokemon Sword and Shield Expansion Pass:

The two expansions - The Isle of Armor and The Crown Tundra - will launch in June 2020, and Autumn 2020 respectively, but you can purchase the Expansion Pass right now for some exclusive bonuses.