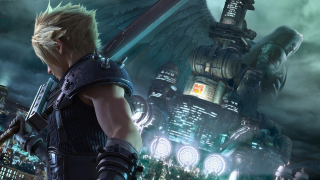 Amazon's Final Fantasy 7 Remake is up for grabs for just $42 when you clip the $18 off coupon available straight from the product page. You'll have to check the coupon box to apply the discount, and then they'll be reflected at checkout. The Remake is looking positively gorgeous, and classic JRPG fans (us included) can't wait to get their hands on it. It's finally been dated for release, and it's going to be a long way to March 2020.

You can also apply this coupon to the game's Deluxe edition, which nets you a bigger discount, bringing the $80 version down to just $56. The Deluxe edition comes with the base game, an art book, mini-soundtrack, Steelbook case, Cactuar Summon Materia DLC, and the Carbuncle Summon Materia DLC. Both games come with the Chocobo Chick DLC as a pre-order bonus as well, no matter which version you opt for.

In case you've been wondering whether Final Fantasy 7 Remake is the real deal or not, the answer is a resounding yes. We affirmed that it's "everything you want it to be" and praised its modern take on combat. It's going to be an exciting time, that's for sure, so it's useful that it's even cheaper to pre-order a copy now if you haven't already.

Final Fantasy 7 Remake is $42 at Amazon | save $18
Lock in your pre-order for a return trip to the city of Midgar with $18 off the ground-up remake of the legendary PlayStation JRPG. Then start saving for plenty of tissues, because we all know what that means for our favorite flower girl. View Deal

Can't wait until next year to embark on a satisfying new PlayStation-centric adventure? Check out our picks for some of the best PS4 games out there. A new game may not make your fever for Final Fantasy 7 Remake dissipate, but at least you'll be occupied.