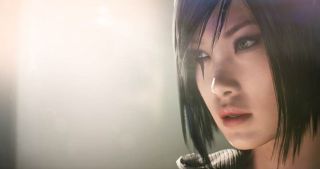 2016 is clearly the year film and TV decided to give video games another go. From Warcraft to Assassin's Creed, Ratchet & Clank to Angry Birds, we've got a stack of adaptations to get through. With that in mind, Endemol Shine Studios has its hands on the Mirror's Edge IP for an action TV series.

As reported by Deadline, Endemol is excited to take on Faith's free running adventures. “We clearly see Mirror’s Edge as a franchise for the global TV audience,” says Sharon Hall, President of Endemol Shine Studios. “It has a strong female protagonist, a wildly rabid fan base and a worldwide brand that Electronic Arts and EA Dice have done an amazing job establishing.”

It'll be fun to see how this goes and who'll be cast. And you never know, take off your cynicism hat, it might be good. Have a little faith.