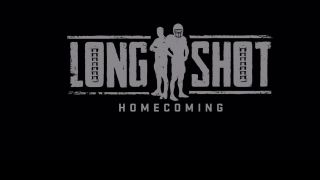 Longshot is back for a second season in Madden 19 and, far from feeling like an afterthought, the continued journeys of Devin Wade and Colt Cruise tug at the heartstrings throughout its near four-hour runtime. But what do you get for completing it and what happens along the way? Let’s rundown some of the big narrative set-pieces and the Madden Ultimate Team Rewards that pile up when all is said and done.

After last year’s reality show escapades, quarterback Devin Wade and wide receiver Colt Cruise are very much at polar opposites of the career spectrum by the time we pick up their stories again. Wade is on the Cowboys practice squad, amid backroom in-fighting, and Colt, still stuck in his hometown of Mathis, is trying to make his way as a country singer. It goes well for neither.

Colt’s story, by far the more personal of the two tales, begins with his estranged father, Cash, coming into contact with him and effectively dumping his half-sister Loretta in his care. From there, Colt pursues his starry-eyed dream as a big-league WR, while Loretta befriends deaf QB Dylan Le Guin at Mathis High.

While Colt chases the bright lights – a Dolphins tryout and eventual NFL game ends in him getting cut – he finds out that his mentor and former Mathis Bullfrogs coach Hank Jamison, recently taken ill, has passed away. This allows Colt to re-focus and he eventually decides on becoming Head Coach of his former high school team.

What follows is a Friday Night Lights-esque winning streak that puts the brakes on a Mathis merger plan that would’ve seen the team relocated. A crucial win against Belleville – with De Guin at centre – sees donations to save the school come pouring in, including a substantial sum from Devin Wade’s Texans teammate Deshaun Watson.

Wait, what’s that? Wade’s at the Texans?! Yep. An eleventh-hour trade just as Wade had settled in at the Cowboys sees the Longshot QB crossing Texas and joining up with Houston. He eventually gets his chance to impress against, you guessed it, the Cowboys in his first NFL Regular Season game after Deshaun Watson goes down with injury.

Buoyed by fellow new signing Antonio Brown, Wade eventually makes his mark during his rookie season in the NFL by out-throwing the GOAT gunslinger himself Tom Brady in an epic tussle that eventually ends with Number 12 giving Wade props. Devin Wade is now a household name – and he uses that pull to help save Mathis.

The story all ties together with a heart-warming reunion in Mathis; the town is saved; Colt is installed as permanent new coach (though hints at further, grander opportunities down the line are given), and both he and Devin have finally found happiness in their personal and professional lives. Colt even gets a family reunion. D’aww.

But enough of the schmaltzy stuff. You want to know what goodies you’re given, don’t you? There’s a grand total of eight MUT players, four new uniforms, and three coaches once Longshot reaches its conclusion. Here’s each item, though note that to grab all three versions of Devin Wade you’ll have to complete Longshot a second time:

Only want the creme de la creme on launch day? Be sure to check out the best Madden 19 player ratings for every position.