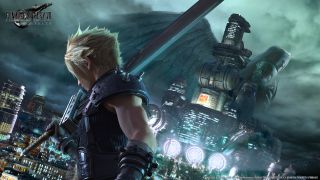 It's been quite some time since we've heard anything about the Final Fantasy 7 Remake, but that may about to change this week, as Square Enix is teasing... something for this week's upcoming State of Play web show from PlayStation.

The live stream, which takes place on Thursday, May 9, was announced earlier this week, promising news about the MediEvil remake, a new IP, and more, but the first signs that a Final Fantasy update will also feature came when Shinji Hashimoto, the brand manager for the beloved RPG series, retweeted the news with the words “Oh. You’ve come."

Not only that, but the official Final Fantasy Twitter account also mysteriously posted a picture of the original Final Fantasy 7 game around the same time, in which main protagonist Cloud is looking at a Chocobo (the iconic rideable birds of the FF series), with nothing written alongside the image other than a chick emoji.

The upcoming PS4 games for 2019 and beyond

Could we finally be getting a release date announcement for one of the most anticipated PS4 exclusives of the generation? The remake was announced all the way back in 2015, but has reportedly seen some serious development turbulence, and Square Enix has since gone radio silence on the project for the last few years.

Thursday's State of Play could turn out to be a big one, then, as it's also rumoured that we'll be hearing more about The Last of Us 2 from Sony during the stream, though Executive Vice President Shawn Layden has confirmed that there'll be no new information about the PS5, the recently confirmed next-gen console in development at PlayStation HQ. You ought to stay tuned either way, though, so follow this link for help on how to watch the new State of Play this week.

Watch our Release Radar video below for a guide to all movies, games, and TV shows on the way this week, or head over to our list of the biggest new games of 2019 still to come.