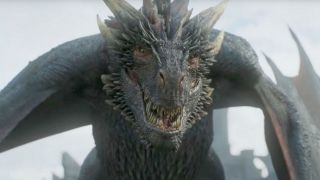 In preparation for the debut of Game of Thrones season 7 on July 16, HBO has released the official titles and synopses for the first three episodes. It should go without saying, but vague as these descriptions are, there are most definitely SPOILERS AHEAD.

I'm going to put the trailer below so that you have one last barrier keeping you from ruining any possible surprises. Beyond that, read on at your own risk:

So all in all, we know that Dany will be establishing a base of operations, Jon will be fending off (yet another) coup, and it certainly sounds like Cersei and Jaime will kiss (or something more physical) and make up. I admit the thing I'm most curious about is the title for episode 3. Cersei is currently the ruling queen, but Dany is a queen in her own right. So which of them is meting out the "justice" in question? It'll be interesting to find out.

Need to get caught up ahead of the new season? Watch Game of Thrones seasons 1-6 recapped in just 12 minutes, or just look back on this handy infographic showing who has betrayed who thus far.