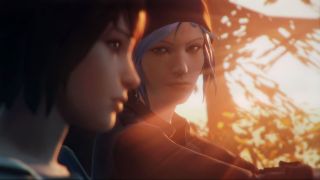 Dontnod’s Life is Strange takes the challenges of being a teenager and adds supernatural powers into the mix to offer a unique, story-driven adventure that puts you in the driving seat. As Max Caulfield, you develop a time-rewind ability that gives you the power to see the outcome of different choices and solve puzzles to progress through the story. It’s one heck of a roller-coaster, with many twists and unexpected turns, but it truly won everyones hearts for its relatable, coming-of-age tale about the struggles of adolescence. And to coin a phrase from everyone’s favourite blue-haired rebel Chloe Price, the soundtrack is “hella” good, too. With the first in the series establishing a rich alive world to interact with, both the prequel Life is Strange: Before the Storm and the sequel Life is Strange 2 should be your first ports of call if you haven’t dived into them already.

But if you’re after more story-driven experiences and you’re ready to step away from the Life is Strange universe, then look no further. Here's a list of 10 games like Life is Strange that offer up plenty of affecting stories that are driven by the choices you make.

In the shoes of Alex, you play a teenager who takes her stepbrother to a weekend party on Edwards Island along with three of her friends. Just as Life is Strange shakes things up with its time-bending mechanic, the story in Oxenfree takes an unexpected turn thanks to a supernatural party crasher that comes in the form of a ghostly rift. The mysterious rift breaks the group apart and forces Alex to confront her troubles, as well as face some dark truths about herself and her friends. Despite the other-worldly story-arc, at its core Night School Studio’s adventure is a touching, coming-of-age story about five people who are all working through their own relatable problems. And just like you can with Max or any of the Life is Strange protagonists you control in the series, the dialogue options let you decide Alex’s personality and how to want to navigate the story. With an attention grabbing art style, fleshed out characters, top-notch voice acting and an engaging plot, Oxenfree is right up your alley if you love a story-driven narrative that will tug at your heart strings and continue to surprise you.

2. Night in the Woods

Infinite Fall’s Night in the Woods is another story-driven adventure that puts more of a focus on the characters in its fictional setting of Possum Springs. As protagonist Mae Borowski, you return to the dwindling mining town she once called home to reconnect with old friends and escape her troubles. Night in the Woods tells an impactful tale about a town of residents and friends who are just trying to navigate their way through life and deal with all of the challenges it presents them with. And the 2D platformer explores themes of mental health, friendship and healing to give it so much more depth than you might initially think. Some psychological horror elements that hinge on Mae’s mental well-being also come into play, which adds a touch of mystery to the plot and makes for one very unforgettable experience. With its exploration of some very important topics, this is one for anyone who’s after an engaging tale with plenty of humour and heart.

Love strong memorable protagonists and plenty of different story outcomes? Telltale’s The Walking Dead might just be what you’re looking for. Episodic in format just like Life is Strange, the entire Walking Dead series - from the first right through to the recent finale - are all worth a look, but it makes sense to start at the beginning. As the Walker epidemic starts to break out, you assume control of Lee Everett who’s in the back of a cop car just as things start to take a turn for the worst. After a fortuitous car accident, you escape away from the law, but you’ll soon find zombies are lot worse than any copper. Eventually you meet Clementine, the then very young girl who’s alone and separated from her parents. With your guidance and protection, you influence Clementine’s personality and perspective and as the series progresses, you’ll play as Clem. With endless difficult choices to make and no cut and dry moral answers to help you decide, Telltale’s dive into the Walking Dead series takes you on a wild, emotional ride that will keep you invested from start to finish. And the characters are sure to stay with you.

The element of mystery in Life is Strange keeps you invested throughout, and just like a good TV cliffhanger, each episode leaves you wanting to know more. While it’s not episodic in format, Firewatch’s exploratory mechanics and investigative storytelling will feed that same desire. From a first-person perspective you control Henry, a man who begins a new job out in the Wyoming wilderness to watch out for smoke and fires. The narrative is formed through a series of conversations between Henry and his supervisor Delilah over a handheld radio. It soon becomes clear that there’s so much more to Henry’s story, and as the days and months pass in-game, his story - and the story of the mountainous landscapes he traverses through - begins to unravel. Gorgeously stylized with fully realised characters, Firewatch is a short atmospheric story-focused experience that’s hard to forget.

As Max will attest, having supernatural abilities is no picnic. Sure, it can help reverse important decisions to see different outcomes, but being responsible for changing fate is pretty heavy...Especially when you’re in your awkward teen years. Quantum Break throws time-bending supernatural powers into the mix in a more action-packed way, but still puts an emphasis on narrative choices and story. As a cinematic adventure that’s very similar to playing out your very own sci-fi TV show, through a series of choices you can choose to follow the story of hero Jack Joyce, or his nemesis Paul Serene - who both happened to have gained extraordinary time-bending abilities. X-men’s Shawn Ashmore and Games of Throne’s very own Littlefinger Aidan Gillen performed the roles using motion-capture to deliver incredibly realistic looking in-game characters. As a blend of action game meets interactive TV show, Remedy Entertainment's offering is sure to appeal to you if you after a more adult, action-packed mystery that lets you decide how the story wraps up.

If you're after choices with weighty consequences (and tougher decisions than whether you should have pancakes or eggs and bacon), you’ll be glad to know Until Dawn takes it to the next level. Not a million miles away from playing out your own horror movie, Until Dawn presents you with choices and quick-time events that could very well mean life or death for the characters you meet. You follow the story of eight friends who get stuck in a remote mountain retreat and soon find they’re not exactly alone. Something sinister lurks among them, and as tensions run high, your choices can make or break the group. It captures the spirit of horror movies perfectly by playing on certain slasher horror tropes, but it still does enough to keep you guessing. You really do have to think about your decisions and keep your wits about you, because you never who or what is right around the corner. With lots of familiar faces forming the line-up of characters, from Bohemian Rhapsody’s Rami Malek, to Heroes Hayden Panettiere, the realistic atmospheric look of Until Dawn makes it all the more intense.

Another adventure that puts decision making and storytelling at its forefront, Wolf Among Us is one of most entertaining offerings from Telltale. As a prequel to Bill Willingham’s brilliant graphic novel Fables, Wolf Among Us follows the story of Bigby Wolf, the acting sheriff of Fabletown. In its fictional world, Fables are fairytale characters who take on glamours and guises to hide within normal society. Bigby, who was once known as the Big Bad Wolf, finds himself embroiled in a murder investigation that takes him on one heck of a journey. It's up to you to decide how to handle the events that unfold, and how you interact with your fellow fables and the world around you. It has a fantastic story and engaging characters who fully realise Willingham’s vision in Telltell's signature style. If you’re a fan of the fantasy and detective genres, you’re sure to love this, and just like Life is Strange it has plenty of mystery to keep you hooked throughout its episodic format.

The human side of Life is Strange and the relationships it depicts is what gives it so much heart and relatability. If you're looking for a touching story that focuses on relationships and human connections, Last Day of June's tale of love and loss will capture your heart and make your eyes leak. Its unique art style and gorgeous soundtrack set the scene for an interactive story that follows the tale of couple Carl and June. After a tragic car accident, you play as Carl who has to navigate his way through a series of puzzles and choices to try and bring back the loved one he lost. Incredibly moving and memorable, Ovosonico’s story-driven adventure will tick all the right boxes for you if you’re after something short and sweet that’s packed with heaps of emotion.

If you enjoy a story that focuses on exploration and discovery, Fullbright Company’s first-person adventure will be right up your alley. Focused entirely in one meticulously detailed and beautifully rendered house, you take the role of Katie who returns home after going abroad. When you reach the front door, you quickly realise your family aren’t there and after being away for quite some time, there are plenty of questions about your family that need answering. By checking draws, listening to tapes, and finding letters and notes, you set out to uncover your family’s secrets and the troubles they faced while you were away. As well as exploring the house, you’ll explore themes of family, relationships, growth and so much more besides. If you have an eye for detail and enjoy uncovering a good mystery with a interesting story-line, Gone Home is the one for you.

Beyond Two Souls is a cinematic story-driven adventure from Quantic Dream that also puts a lot of focus on the choices you make. Every decision shapes the narrative of the story throughout, so you can see multiple endings and outcomes just like Life is Strange. You play as Jodie who starts out as a young child in foster care who has a strange connection with a corporeal being or soul she calls Aiden. You also assume the role of Aiden throughout the story as a separate entity who can aid or hinder Jodie's journey. As Jodie tries to lead a normal life, she gets caught up in a tangled web of difficult choices that are all left up to you. Ellen Page and Willem Defoe play the two main roles in the interactive adventure that gives you control of how the story will end.