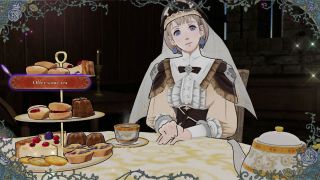 Tea has a long and fabled history. According to a Chinese legend it was accidentally discovered by Emperor Shen Nong after a leaf landed in his pot of boiling water. He enjoyed the nature-infused drink so much that he decided to research the topic further. Tea was at the center of the American Revolution and was a big element of the East India Company's imperialist takeover of parts of East Asia. Now, in Fire Emblem: Three Houses, tea is used to help bond with your student soldiers.

Fire Emblem: Three Houses is all about building an army you actually care about so that each battle is emotionally gripping. You can build bonds fastest by sharing a drink, conversation, gifts, and flirtive glances during tea time. It's not always easy to connect with Three Houses wide variety characters though, so here is our Fire Emblem: Three Houses tea guide, complete with clear steps, and tips to help you get the most out of tea time in Nintendo's tactical Hogwarts simulator.

Tea is for friends only

Having tea is simple. All you have to do is walk up to your character of choice, talk to, and select the 'invite to tea' option in the menu. Each session of tea time will cost you one activity point, so choose who you share it with wisely. Unfortunately for them, you can't just sit down for tea with your units as soon as you start the game. You can't even do that right after you meet them. You can't invite characters to tea until you raise your bond with them.

Other ways to increase your bond with other characters include buying them gifts at the various merchants that visit the monastery, selecting favorable responses to dialogue, and finding and returning lost items scattered across the map. After a little bit of this everyone will jump at the chance to have tea with you.

Match tea to your guest's preferences

There are tons of different Fire Emblem: Three Houses tea types. Some are catered to nobles while others tickle the fancy of commoners. They have different tastes and ingredients that meet the preferences of your assorted companions. Flavors, like Sweet-Apple Blend and Crescent-Moon Tea, also have different star ratings that coincide with their quality.

It's not required as sharing tea with a friend will still raise your bond level with them no matter what you pick, but choosing a flavor that characters enjoy will help the friendship grow faster. Lindhart, Ashe, and Mercedes, for example, all enjoy sweets so the Honeyed-Fruit Blend tea will make them happier.  You can collect different flavors throughout the monastery by finding them in the Amiibo garden and various other spots on the map or purchasing them from merchants near the entrance of the monastery.

The conversation is just as important as the cup

The whole point of drinking tea with someone is not the tea, it's the conversation. Mess up and choose a topic your unit doesn't like and they'll leave early. Choose right and they'll stick around even longer for an extra bit of bonding.

Conversations are broken up into three parts at first. You'll get three chances, each with three dialogue choices, to choose a topic of discussion. You'll want to match the topic you choose with the likes and dislikes of your units. Annette likes getting dressed up so it's only natural that she would enjoy topics that include fashion.

If you mess up two choices of conversation then the tea time will automatically end after the game prompts you with a "you don't have much to talk about" pop up. You'll still help your bond grow, but it won't be as effective.

If you nail all three selections your tea partner will add one additional comment at the end. You'll get the opportunity to respond with a gesture, like a nod or a blush, to seal the deal. Get it right and you'll get the opportunity to give an additional gift and "observe" the character as they sit across from you. Like normal conversation topics, your answer will need to be catered to the units personality.

Once you get it right you'll be able to access your inventory and provide a gift so be sure to pick some up at the merchant stand before you get to tea time. Gifts should also be catered to the units personality type, so Raphael will love training weights and Ferdinand will appreciate anything to do with tea or horseback riding.

The "observe" option is a weird little mechanic where you literally look at the unit as "joke", "smile", and other prompts pop up. Both options help maximize how much your relationship grows during tea time.