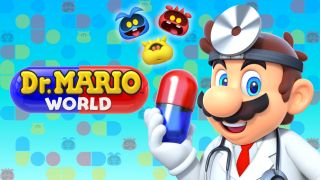 Nintendo's latest mobile game, Dr. Mario World, is launching on July 10 for both iPhone and Android. Players can pre-register on either platform through Nintendo's official website in order to jump in on the action as soon as the game launches.

Dr. Mario World is fairly faithful to the original game when compared to other mobile iterations of Nintendo franchises. It's a puzzle game where you use capsules to break up viruses and clear various levels. Both viruses and capsules come in various colors, you need to match three of them in order to break the viruses down.

You'll need to take out all the viruses in a level with the limited number of capsules in order to progress. Other items, like bombs and Koopa shells, add to the challenge of destroying all viruses. There are also items and abilities. You can see a more detailed breakdown on the mechanics in the video below.

There will be five worlds at the start, but more will get released post-launch. Players will be limited in how many times they attempt a level by stamina, represented by hearts. One heart will get spent for every level attempted. Hearts refill automatically over time.

Like Nintendo's other mobile offerings, Dr. Mario World will include micro-transactions as a primary form of monetization. They come in the form of diamonds that can be used to buy more capsules in order to finish a level or buy more hearts to keep playing after running out.

Interested in New Horizons? Here's everything we know about the upcoming Animal Crossing Nintendo Switch release.