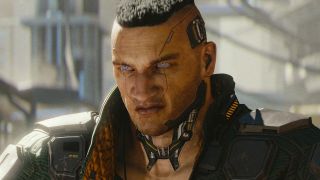 It's fairly typical nowadays for RPGs to have both 'bad' and 'good' options when you're facing a decision during a quest. Often coming at the end of the mission, a little part of you knows that the game is going to take a note of the option you pick, and there's a very good chance it could come back to bite you in the ass, or you might be typecast as heinously evil if you go for the harsh decision a little too often. Cyberpunk 2077 is doing things differently, and in a recent interview with Gaming Bolt quest director Mateusz Tomaszkiewicz confirmed that there's no morality system, unlike in The Witcher or any of the Fable games.

“We don’t have a moral system per se,” Tomaszkiewicz said. He then seems to imply that stealth is the best way to make sure that even though there's no formal morality system, you simply don't feel guilty when you murder others: "however, to complete it non-lethally you have to be very good at stealth. Invest in points that allow you to stealth better, use weapons that will allow you to incapacitate the enemy instead of killing them, to make the moral choices that will allow you to avoid killing people throughout the game.”

So although Cyberpunk 2077 won't keep track of the evil things you do, erring on the side of caution and keeping most people alive will ensure you don't have a fog of guilt hanging over you. As there's going to be a bunch of different Cyberpunk 2077 endings, that's going to make figuring out what caused each different ending all the more difficult as it won't simply come down to the bad (or good) things you did, but tons of other factors… Good luck working all that out.

If you want to know more about Cyberpunk 2077, we've got the answer to the question 'can you pet the dog in Cyberpunk 2077' right here, or look below to see what's going on this week in the world of movies, TV, and games!