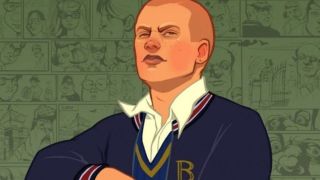 Rockstar itself has yet to say anything about GTA Online's in-game reference to its sixth-gen predecessor, but recent reports have begun to surface and pile up, all suggesting the same thing; Bully 2 is actively in the works at Rockstar, and it's scheduled to release on PS5 and Xbox Project Scarlett next year, in addition to current-gen consoles.

The first piece of evidence for this rumour came via Polygon, who reported on the Easter egg with a curious url - "bully-sequel-announced-fall-2020-news-embargoed-do-not-publish" - visible in the search bar. Most wrote this off as a silly, not so subtle joke (Polygon literally own up to the prank some time later), but others took the url as a potential leak of Bully 2's existence.

Why Rockstar's Bully still has fans screaming for a sequel

Fast forward to this week, and Bully obsessed YouTube channel SWEGTA reports (via a Rockstar Games insider source) that Bully 2 is indeed being developed for the next generation hardware on a 2020 release schedule, with ComicBook.com also corroborating the same thing via their own internal sources.

Another self-proclaimed Rockstar Games insider, Yan2295, has also stated that Bully is "the next R* game after RDR 2", and - we have to admit - the idea certainly sounds plausible. A smaller scale setting, such as that of Bullworth Academy, makes sense as a more prototypical project for Rockstar to find its feet with the next generation platform, before the notoriously ambitious studio moves to something bigger such as the inevitable GTA 6.

All that being said, literally none of these rumours have been verified, and plenty of gossip around Rockstar's next title has come and gone since the release of Red Dead Redemption 2 last year, none of which have turned out to be true. In other words, don't take any of these claims as gospel truth, but there's talk of a late 2019 announcement from Rockstar itself, so update you if we hear anything more.

For more, check out the biggest new games of 2019 and beyond that have already been announced, or watch the Release Radar video below for a guide to everything else out this week.