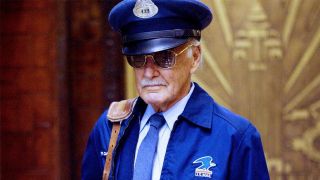 I think we all have a rough idea going in about just how sad Avengers: Endgame is going to be. If you haven’t stocked up on industrial-sized Kleenex packs just yet, however, you’re going to want to. That’s because, according to Endgame co-director Joe Russo, Stan Lee’s final MCU appearance is going to be as part of the fourth Avengers movie, not Spider-Man: Far From Home as we might have hoped.

Speaking during an Indian press tour for Endgame, the elder Russo brother says (via PinkVilla) that the king of cameos would be making one last bow. Stan the Man is definitely appearing in Avengers: Endgame and, after that, that’s probably going to be it.

“I believe that [Stan Lee’s] final cameo is in Endgame,” the director explains, “I don’t remember if he was well enough to do the cameo in Spider-Man: Far From Home. But it was incredible to work with him.”

Stan Lee, who passed away in November last year, has featured in all 22 previous MCU movies, playing everything from a Watcher, to a cranky mailman to, well, himself. We don’t know just yet about what sort of role he has to play in Avengers: Endgame, but wouldn’t it be great to see him take on a similar sort of role to the one he had in Spider-Man 2? A quick pep talk to a hero before they go and face Thanos would be a wonderful way to sign off – and there wouldn’t be a dry eye in the house.

Either way, let’s hope Marvel has something special planned for Spider-Man: Far From Home. It wouldn’t feel right to have a Spidey film without a reference to the man who gave the world the webhead.

It's time for a trip down memory lane. Revisit some of the best (and funniest) Stan Lee cameos.