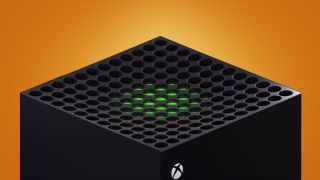 As resolutions rise, games get bigger - not in the "more to explore" sense but in the "more to download" sense. New technology in the works at Microsoft could reverse that trend for Xbox Series X.

You may not have heard of Microsoft Game Stack before, but it could have a big impact on the way your games work in the next generation. James Gwertzman, the general manager of the relatively new Microsoft division, recently spoke with a roundtable of journalists about what his team is working on for the next-generation - you can check out a transcript of the full session at VentureBeat.

One attendee mentioned how some fans are using AI to automatically sharpen fuzzy textures in older games. That kind of technology could be helpful for new games too.

"One of the studios inside Microsoft has been experimenting with using [machine learning] models for asset generation," Gwertzman said. "It’s working scarily well. To the point where we’re looking at shipping really low-res textures and having ML models uprez the textures in real time. You can’t tell the difference between the hand-authored high-res texture and the machine-scaled-up low-res texture, to the point that you may as well ship the low-res texture and let the machine do it."

To be clear, Gwertzman is talking about the machine - and his comments were specifically in response to a question about game development on PS5 and Xbox Series X - taking small, fuzzy textures and making them big and clear as you play the game.

"The download is way smaller, but there’s no appreciable difference in game quality," Gwertzman explained. "Think of it more like a magical compression technology. That’s really magical. It takes a huge R&D budget. I look at things like that and say - either this is the next hard thing to compete on, hiring data scientists for a game studio, or it’s a product opportunity. We could be providing technologies like this to everyone to level the playing field again."

To train the machine learning model, artists would still need to create the usual assortment of assets in the game's own style. Then the developers could shrink all those textures down for smaller downloads and let the machine learning model restore them as the game is played. Gwertzman said this process works especially well for photorealistic styles, since it "adds tons of data."

There's no guarantee we'll see this kind of technology used for Xbox Series X games, but it sure would be a nice surprise if download surprises actually shrinkin this generational jump.

See what you could be playing on your new Xbox with our guide to upcoming Xbox Series X games.