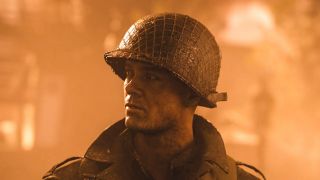 Unlocking weapons as you level up is one of the foundations of CoD multiplayer, but Call of Duty: WW2 will give pre-order customers at least one chance to short-circuit that progression. Activision has confirmed that pre-orders for Call of Duty: WW2 will be rewarded with a Multiplayer Upgrade, which includes a double XP boost and a token good for unlocking any one weapon. That could be really great for folks who pre-order and preeeeetty annoying for everybody else.

Why could this particular pre-order bonus be extra disruptive? Well, for the first week or so  while everybody's leveling up and unlocking access to all the weapons, folks who pre-ordered Call of Duty: WW2 will get to run around with one piece of whatever they want. Granted, it will take a little while for a consensus to emerge around the best weapons; many folks will probably choose to unlock some stuff that looks cool but is actually kinda cruddy, and end up not being much better off (aside from that handy XP boost, which will also be accessible in ways that don't involve pre-ordering).

But those who use their tokens wisely will get to clean up on the battlefield until non-pre-orderers can unlock weapons the regular way. This could be more difficult to deal with than the usual single, pre-order/DLC exclusive weapon because it's not just one item; it won't be easy for new players to learn to counter a handful of weapons that were otherwise intended for higher-level play. Things will return to normal once active players have a few weeks to chew through the leveling system, of course, so I don't think this will cause any permanent headaches. But it could make the early days of competitive multiplayer feel kinda (extra?) unfair.