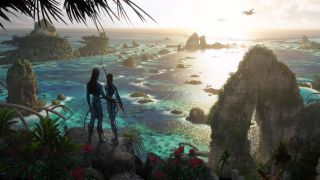 After first announcing The Avatar Project back in 2017, Ubisoft has been pretty quiet on the blue people front, making it easy to assume that the game had been axed in favor of another title like The Division 2. However, In a recent interview with Screenrant, a producer at Ubisoft Massive - Jesper Karabanov - confirmed the game is still alive and kicking, but added he wasn’t allowed to talk any further about it.

Back in 2017, Ubisoft told PC Gamer that Massive had two separate teams for each project, so one wasn't cannibalizing the other.

“Avatar is a new project with its own dedicated team and Massive is currently recruiting top talent to work on it. Avatar’s development has no impact on the team working on The Division or on our plans to continually support and update the game and brand for the long term," it said. "We’re proud of what the team has accomplished with The Division, thankful for our community’s dedication, and looking forward to sharing more about what’s coming next for the game very soon.”

The current release date for the movie Avatar 2 is December 17, 2021, and it makes sense that any announcements about the game will be tied to promotion for the film. If Ubisoft misses that window, there's always three more Avatar movie sequels planned for December 2023, December 2025 and December 2027 to aim for.

Avatar 2 won't hit theaters until 2021, but there are plenty of big movie release dates coming in 2020.