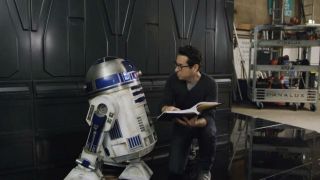 While almost everyone in the galaxy has had their say on Star Wars: The Rise of Skywalker, director J.J. Abrams has kept mostly kept schtum – until now. Speaking at a summit in Los Angeles, Abrams seemingly addressed fans’ concerns over Episode 9’s story, saying: "[You] do the best you can with everything you can.”

Abrams was asked at the 2020 Upfront Summit (via Variety) about his approach to storytelling and shaping new Star Wars entries. He revealed that his mantra has always been to “do the best you can with everything you have.”

For Abrams, stories should be about compelling the audience. He elaborated: “The truth is that these are things that are meant to entertain people, to make them feel something and hopefully make them feel good.”

This isn’t the first time we’ve had a sneak peek at the director’s opinions on the craft. Speaking in a video paying tribute to Hideo Kojima’s Death Stranding, he said: “The people who I really respect on an ongoing basis who are creators… who stay humble, who stay curious, who stay afraid of not doing the right thing… who are still asking all the questions and pushing the boundaries.”

Whether Rise of Skywalker did that for you or not may still be up for debate – but Abrams sounds like he’ll be learning some lessons from the whole experience regardless.

Catch up on all things a galaxy far, far away with our Star Wars timeline