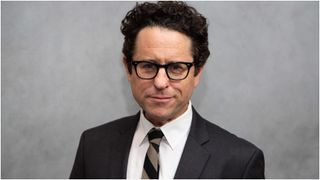 Star Wars: The Rise of Skywalker director J.J. Abrams has opened up about 2019’s other mega release: Death Stranding. Abrams has also revealed the secret behind why some of his favourite creators – such as Hideo Kojima – continue to be relevant, whether it be in the game industry or the movie business.

“It’s so classic Hideo,” Abrams says of Death Stranding (via IGN). “It’s the kind of genre that’s such a specific emotional design, musical, the kind of uniqueness, the special quality that you sort of feel in his art.”

Abrams and Rise of Skywalker star Oscar Isaac recently visited Hideo Kojima, with each leaving a message on Hideo’s wall of A-list celebrities and BFFs that has rapidly filled up during development.

Rise of Skywalker fans who are worried Abrams is going to play it safe in a galaxy far, far away, especially after already helming Star Wars: The Force Awakens, can take solace on his comments on Kojima-style risk-taking, “Once you have made a name for yourself and had some success, the danger is becoming aware of that success or thinking ‘That’s the thing that made me successful. I should do that.’ Then you’re as likely as anyone to try and copy your own work.”

“The people who I really respect on an ongoing basis who are creators are people who don’t really listen to that, who stay humble, who stay curious, who stay afraid of not doing the right thing… who are still asking all the questions and pushing the boundaries.”

While Rise of Skywalker probably won't have any ink monsters (we hope), it could similarly keep pushing those same boundaries that Hideo Kojima has repeatedly torn down for the past three decades. We'll find out on December 19 in the UK and December 20 in the US.

Keep up with all things Star Wars with our complete Star Wars timeline.