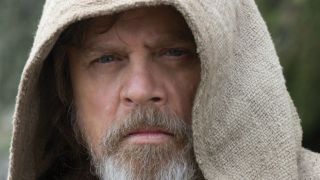 A long time ago in a galaxy far, far away… Opening crawls are as synonymous with Star Wars as lightsabers and terrible CGI characters, and Star Wars: The Last Jedi is no different. I don’t think Rian Johnson thought it would be that difficult to come up with a few lines to kickstart the eighth movie, but he’s opened up on the difficulties of writing it, and even revealed one word from it, the big tease.

Speaking to the LA Times, Johnson laid bare the process behind the opening crawl and, honestly, it’s pretty interesting, “I just started writing the draft. I wrote something, and it was terrible. And then I was watching one of the behind-the-scenes things and Lucas said, ‘It’s like writing a haiku.’”

“I realized as I was refining it what he meant. We didn’t finish the opening crawl and totally lock it until a few weeks ago actually,” Johnson revealed, “Because you’re like, ‘Do we need this word, do we need that word, what if we shift.’ It’s like a poem, there’s very little room for error in trying to get it just right. Which is awesome, it’s really fun.”

Sure, that sounds like a challenge, I hear you cry, but you’re here for the one word from the crawl, aren’t you? Drum roll, please…

While that probably refers to The First Order getting their asses well and truly kicked in Star Wars: The Force Awakens, it definitely sets the tone for what is sure to be an exciting, much darker, middle portion in the trilogy.