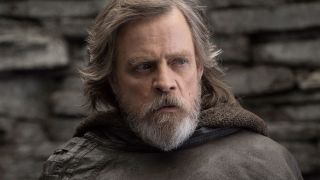 Ever been in on a conference call? They tend to be dry, boring affairs, punctuated by reports and financial figures flying over your head. Disney, though, doesn’t play by that rulebook. Sure, it has its fair share of business talk but, judging by the past, Disney’s conference calls tend to always release a golden nugget of info.

Even better: you can listen in on this year’s Q1 call and, with Anthony Daniels teasing some big Star Wars Episode 9 news, it appears the stars are aligning and we could be getting some big reveals. Here’s how to listen in and a look at when the call starts for both US and UK time zones.

First, the key info: Disney has its Q1 earnings call with Disney CEO Bob Iger starting today at 4:30pm Eastern/9:30pm GMT. You can listen to the Disney conference call today on a webcast on the Walt Disney site – just be sure to get there a few minutes early in case of any snafus.

So, what can we expect? At a similar meeting in November last year, Iger announced the small matter of Disney+, something that may well shake up the streaming landscape for years to come. Another 2018 earnings call also saw the Disney head honcho reveal his hand a little too much by outlining that the MCU is looking to move on from the Avengers in 2020 with another franchise. Before that? He gave us the skinny on the Disney/Fox merger by explaining that X-Men and Fantastic Four would be coming to the MCU. Basically, expect something big...

It could be to do with the future of the MCU or even the Star Wars universe. Don’t take my word for it. Anthony Daniels, AKA C-3PO, posted a cryptic tweet hinting that a big announcement was forthcoming, potentially a Star Wars 9 trailer or title. Either that or the gold suit he wears has gone to his head.

How strange. I am receiving images of something amazing coming towards us - travelling over decades through space and time - reaching out to all humans on this planet with its message. What could it be? Should I be afraid? Should you? Stay tuned.4 February 2019

What better way to grab the confidence of your shareholders than revealing the launch date for a first real look at December’s Disney showpiece in a galaxy far, far away?

So, set your alarms and be sure to get a front-row seat for a potentially seismic shift in all things Disney, MCU, and Star Wars. Who knows what Iger is going to share – but it’s probably going to be something everyone will be talking about come Wednesday morning.

I wonder what the conference call will bring. Info on new Marvel movies? Maybe a tease or two about new Star Wars movies or the new Disney movies coming our way? Either way, this afternoon is going to be exciting.