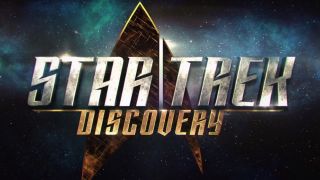 You get all excited about the arrival of a new Star Trek series to liven up the January gloom, and then what happens? It gets delayed. Star Trek: Discovery is getting pushed back from January 2017 to May 2017, folks. But before you raise your fists to the sky, and cry "WHYYYYY?" it's actually not a bad thing. The reason for the four month delay will give the creative team more time to fine tune certain creative elements, particularly the special effects.

This decision stems from showrunners Bryan Fuller and Alex Kurtzman, who discussed with CBS the idea of taking a few extra months to really hone the show so it meets expectations. Here's the duo's official statement:

“Bringing ‘Star Trek’ back to television carries a responsibility and mission: to connect fans and newcomers alike to the series that has fed our imaginations since childhood. We aim to dream big and deliver, and that means making sure the demands of physical and post-production for a show that takes place entirely in space, and the need to meet an air date, don’t result in compromised quality. Before heading into production, we evaluated these realities with our partners at CBS and they agreed: ‘Star Trek’ deserves the very best, and these extra few months will help us achieve a vision we can all be proud of.”

You can't fault them for wanting to get everything spot on. The show will be the first new Star Trek series in over a decade. Since then we've had a trio of alternate universe movies of varying quality so there's a fair lot riding on the success of Fuller and Kurtzman's efforts. Wanting to take a time out suggests they're taking this gig seriously - as they should - which bodes well for audiences. And it gives them chance to announce the mystery female lead...