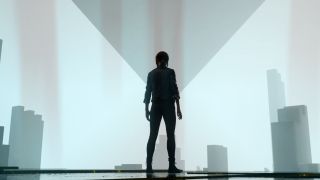 Remember when Shuhei Yoshida, President of Sony's Worldwide Studios (i.e. quite a big deal), visited the Remedy studios back in May? Well, that makes a lot of sense now if this rumour turns out to be true, as a PushSquare source has claimed that Sony is lining up to bid to buy Remedy, potentially adding it to their impressive roster of first-party studios that includes Naughty Dog, Guerrilla, Media Molecule, Bend Studio, and Sucker Punch (among others). If this turns out to be true, that means than any as-of-yet-unannounced Alan Wake sequels could be PS4 (or PS5) exclusives, as well as any sequels to upcoming supernatural game Control.

Specifically, PushSquare writes that it's "heard from a number of sources that Sony is lining up a bid, although the company’s recent reacquisition of the Alan Wake brand casts some doubt on that speculation", and then clarifies that the likelihood of Sony buying Remedy is "neutral. Remedy Entertainment has maintained its independence over the years, and so is unlikely to be particularly open to the idea of an acquisition. We do believe that something is afoot between the Finnish studio and Sony, however, so don’t be surprised if it’s working on an exclusive for the PS5."

Hmm. Take the rumour with a pinch of salt, but the fact that Yoshida visited Remedy in May does make these rumours seem plausible to say the very least. Watch this space, folks.

If you're still salivating for more games to play, here's the best Amazon Prime Day game deals around at the moment, or look below to watch our preview of Control!