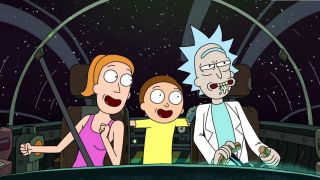 Justin Roiland, creator of Rick and Morty and purveyor of high-brow potty humor, is working on a new series. Titled Gloop World, the show will air on Quibi, an upcoming mobile-focused video platform that will also host a reboot of the classic Legends of the Hidden Temple.

Gloop World will be produced by Stoopid Buddy Stoodios, the same team behind Robot Chicken and Hot Streets, and will be directed by the same studio's John Harvatine IV. The series will be a claymation project that tells the story of Bob Roundy and Funzy, two blob roommates living in Gloop World.

According to Coming Soon, Roiland has been working on the series for quite some time. "Gloop World has been a dream of mine to make for almost seven years,” he says. “A tactile clay animation show with a mysterious, weird, and expansive world and really fun characters, fingerprints and all[...]I wanted the clay animation to have an imperfect approach, where you can see the animators in the work. I want the Gloop characters to feel like you can reach into your phone and grab them yourself. Can’t wait to share this weird silly show with the world!”

Quibi, short for "Quick Bites" will also include projects from Catherine Hardwick, Steven Spielberg, Guillermo del Toro, Sam Raimi, and more (including Chrissy Teigen's courtroom show Chrissy's Court). It will mainly feature series with episodes that are between three and 15 minutes long, hence the focus on mobile viewing.

Here's when Rick and Morty season 4 will return.