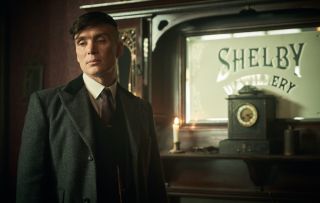 The Peaky Blinders season 5 release date has been announced, with the acclaimed show also set to change channel in the UK.

The BBC has confirmed that Tommy Shelby (Cillian Murphy), now a member of parliament, will return to television screens on Sunday, August 25 at 9pm.

Rather than being on BBC Two, as usual, the show has been bumped up to a prime slot on BBC One – the Shelby influence already being felt by the public broadcasting service. There's currently no word on when Peaky Blinders will reach Netflix in the United States, though the show is expected to be available across the pond by the end of the year.

The official synopsis for Peaky Blinders season 5 reads: "Series five of Steven Knight’s crime family saga finds the world thrown into turmoil by the financial crash of 1929. Opportunity and misfortune are everywhere. When Tommy Shelby MP is approached by a charismatic politician with a bold vision for Britain, he realises that his response will affect not just his family’s future but that of the entire nation."

We already know who that "charismatic politician" will be: Oswald Mosley, played by Sam Claflin, who in reality went on to become leader of the British Union of Fascists.

Peaky Blinders seasons 5 premieres in the UK on BBC One, Sunday, August 25 at 9pm BST.