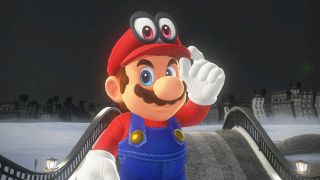 The last big theatrical Mario movie, 1993’s Super Mario Bros., was problematic for a number of reasons, but its most gaping flaw was in Hollywood’s bizarre decision to go live-action for a character famous for his pixelated iconography.

15 years later, and it looks like Nintendo is finally ready to make amends for Mario’s troubled cinematic past, as it announced today that it will be working with Illumination Entertainment (the animation studio behind Despicable Me and, er, other stuff) to make “a movie starring Mario”, with Illumination CEO Chris Meledandri and famed Nintendo developer Shigeru Miyamoto on board as co-producers.

This announcement confirms last year's rumours that the two companies were close to working out a film deal after lengthy talks.

Nintendo revealed the news in a single tweet, without much else in the way of detail or further information, but this comes as good news either way for Ninty fans, since rumours of Mario movies have come and gone over the last two decades since Super Mario Bros, making this official announcement something of a momentous occasion for the character.

Nintendo and Illumination are partnering on a movie starring Mario, co-produced by Shigeru Miyamoto and Chris Meledandri! pic.twitter.com/wVRPLIzcGJFebruary 1, 2018

There is, as with all adaptations of beloved source material, concern as to whether Illumination is going to be able to get Mario ‘right’, but there’s a fair few reasons why we should trust it. For starters, the fact that Miyamoto himself is co-producing is a promising omen; if anyone knows what makes Mario, Mario, it’s this guy.

Plus, if you think about it, Illumination have a solid track record when it comes to silent, slapstick comedy, given that its most successful characters of all time are Despicable Me’s Minions. Hopefully they don’t get the wrong idea and go for a mash-up, Mario + Rabbids: Kingdom Battle style, but the wording of the announcement (“a movie starring Mario”...so, Mario movie?) does suspiciously sound like it gives them a certain degree of creative flexibility.

Either way, it sounds like the movie is very much in the pre-pre-production stages for now, so it’s unlikely we’ll know anything more about it for a while. At least it’s another video game movie to look forward to in the coming years, and here’s hoping both Illumination and Nintendo can give Mario the glowing spotlight he deserves.