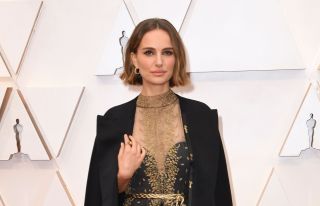 Before the Oscars 2020 started properly, actors were making strong statements on the red carpet. Notably, Natalie Portman embroidered the names of numerous female directors who weren't nominated for the Best Director award on her dress.

Portman, who previously won the best actress Oscar for Black Swan, famously lambasted the Golden Globes for its all-male Best Director line-up while on stage at the awards show. Her stance at the Oscars also went down well on social media, with many people praising the actress.

Natalie Portman embroidered her Dior cape with all of the female directors who weren't nominated for #Oscars. Check out her explanation here. pic.twitter.com/kyyo2wVMZfFebruary 10, 2020

Greta Gerwig – who helmed Little Women – has been resoundingly seen as a snub. Other female contenders for the award were Lulu Wang (The Farewell) and Marielle Heller (A Beautiful Day in the Neighbourhood).