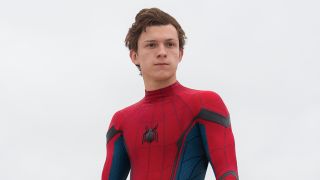 The Spider-Man: Homecoming embargo has been lifted which means the web is awash with first reviews and reactions and – good news! – it’s pretty much universally positive so far. Check out the critics’ musings below, including comparisons to The Breakfast Club and whether it’s the best Spidey movie ever. Say it ain’t so!

Spider-Man: Homecoming is endless fun, from the first second to the last. Flawless.24 June 2017

Wow! I thought Spider-Man: Homecoming was awesome! It's gonna be hard to keep my mouth shut!24 June 2017

SPIDER-MAN: HOMECOMING is pure joy. Tom Holland is perfect: He's having the time of his life, and it shows.24 June 2017