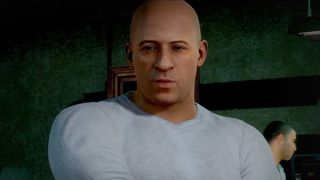 The first trailer for the self-described "team-based, vehicular-heist action game", which features a full single-player campaign and multiplayer mode, can be watched below.

The best Fast and Furious movies, ranked! From Hobbs and Shaw to Tokyo Drift

Fast & Furious Crossroads, as revealed by the trailer, features the full voice and likeness of Mr. Fast & Furious himself, Vin Diesel, alongside that of Michelle Rodriguez and Tyrese Gibson, all of whom are reprising their roles as Dom, Letty, and Roman for this original story.

It's unclear at what point in the F&F timeline that this game is set, but it will be releasing on PC, PS4, and Xbox One in May 2020, which is the same month that Fast & Furious 9 is set to hit theatres, suggesting there could be some form of narrative crossover between the two.

Developer Slightly Mad Studios, meanwhile, is most famous for its series of Project CARS racing games, the next iteration of which is also apparently in the works alongside development of Fast & Furious Crossroads. Rest assured, we'll be hearing more about that latter title in the coming weeks and months, with hopefully some raw gameplay on the way to give us a better idea of how this thing runs under the hood.

Check out the biggest new games of 2019 still on the way, or watch the latest episode of Dialogue Options below.