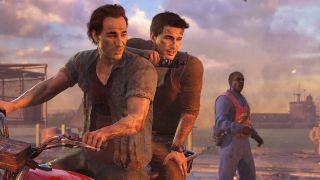 PS4 Pro will upgrade the visuals of some of your old games, and you won't have to pay an extra cent to see how they look. Aside from buying the new console, I mean. After reports circulated that creators could charge for the updates that would let their games take advantage of PS4 Pro's more powerful hardware, Sony has confirmed in a statement that it "will not charge consumers for patches".

The confusion started from a Japanese interview translated by Kotaku, in which Sony Computer Entertainment executive vice president Masayasu Ito said he believed each game company could determine whether it would charge for its respective update. That makes a certain amount of sense, since going back in to update old games requires work just like anything else, even if it's not required.

Apparently Ito was misinformed and PS4 Pro-targeted patches will all be free, just like any other post-release update (that isn't paid DLC). So once PS4 Pro comes out on November 10, you should be able to pop in Uncharted 4 and all the other confirmed PS4 Pro games and start enjoying your boosted resolutions and/or HDR vividness without touching your wallet.

For more insight on how developers can use PS4 Pro's superior power to improve their current games, check out how the PS4 Pro update for The Witness is coming together.