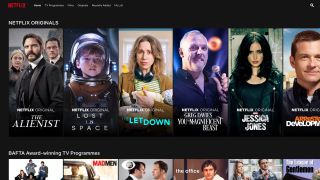 On demand TV via streaming services is the new norm, and thank goodness. You can binge watch series and access a huge library of content across platforms like Netflix, Now TV, Amazon Prime, and Hulu. But savvy streamers should be looking to up their game with a Virtual Private Network (VPN) to broaden the scope of what they can watch without being penned in by region-restricted content. An added bonus is that a VPN offers a layer of security for your internet browsing, but as with everything, there are pros and cons to consider, so let’s get stuck in.

What are the benefits of a VPN?

If you don’t want to share your data with third party companies, you’d like to keep your personal details secure, and are fed up with your internet service provider (ISP) throttling your connection speeds, a VPN is going to be right up your street. And when it comes to streaming content, you’ll be able living the dream.

Platforms like Netflix, Hulu, and the like, don’t necessarily have the same menu of programmes available in every country due to things like licensing agreements, so the new hit show your friends are watching across the pond might not be accessible for you. Or you if you’re dragged away on business or have some downtime abroad during a vacation, you may find that the series you were watching has temporarily disappeared from your library. If you don’t want to miss out, a VPN is just the ticket, letting you bypass the location filters used to pinpoint your region. So you can select a server and sample content from all over, without worrying about it being out of bounds in your region.

From a security standpoint, a VPN encrypts your data before it flies off into the ether of the internet, so generally speaking, you’ll have an added layer of security while using one. They can’t make you anonymous. The level of security provided depends on the provider you choose, and there’s a whole host of options out there for you to peruse.

You may also find that your VPN bypasses ISP bandwidth throttling, significantly enhancing your internet speed.

What are the drawbacks of a VPN?

Finding a way around ISP throttling is a boon for anyone, but using a VPN always runs the risk of slowing down your connection speed by introducing a middleman into the equation. Data encryption is no small feat and depending on the VPN provider you opt for, your connection speed and stability could be adversely affected. But if you shell out for a decent service, you shouldn’t have to worry too much about that.

VPNs can also be used for torrenting as well as streaming, and while there’s nothing illegal about that, piracy is very much against the law. Some VPNs will log your data, while others won’t, and this applies to your streaming and torrent activity.

Things to consider when choosing a service provider for your VPN include the price, number of servers, speed, and level of security. We’ve saved you the faffing about of searching online and reading a plethora of angry reviews, and rounded up the best VPNs for Netflix, offering a choice of security, fast speeds, and stability. Our personal recommendation is ExpressVPN thanks to the great speeds and support for multiple devices, which is a must when it comes to streaming. The service is extremely secure too, and does not track or store your data either.

You can sign up for a VPN from as little as $5.99 a month, and there are always free trials that let you try before you buy. Again, the reputable VPN companies like ExpressVPN are safe and secure when you enter your card details.