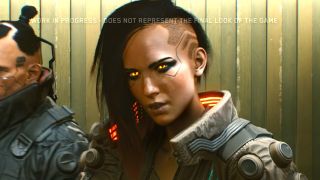 When will Cyberpunk 2077 come out? The best answer from the developers themselves is 'when it's ready'. It's been more than half a decade since we first learned a Cyberpunk RPG from the Witcher studio was in the cards, but CD Projekt Red still isn't inclined to give the rest of the world an estimate of when we can start playing it. So that's the official word. But if we take a look at the development timeline for CDPR's last big open-world RPG, The Witcher 3, and compare it to what we know about Cyberpunk 2077, we can come to some conclusions of our own.

An important note: even with the same studio working on another project in the same overall genre and on the same (albeit significantly upgraded) engine, this article couldn't possibly account for all of the variables that go into the production of a massive game like Cyberpunk 2077. In other words - and this is good life advice in general - don't expect anything extrapolated from a previous event to 100-percent reliably dictate the course of a following event.

Read more: Thronebreaker: The Witcher Tales review: "The new gold standard for how card games can elevate themselves"

We'll start by establishing how long it took CD Projekt Red to make The Witcher 3 (I'm not going to consider much about The Witcher or The Witcher 2 in this article because they aren't open-world games and the studio has changed a ton since making them). According to CD Projekt (CDPR's parent company) CEO Adam Kicinski, The Witcher 3 was developed over the course of three and a half years. The Witcher 3's release date was May 19, 2015, so that puts the beginning of development at late 2011. Game director Konrad Tomaszkiewicz told Eurogamer that he was put in charge of work on The Witcher 3 in summer 2011, but the difference in dates could reflect the start of small-scale planning versus full-on development with a big team. So we have our first important figure:

The Witcher 3 development took about 3.5 to 4 years from start to finish.

Before we can use that knowledge to help estimate when Cyberpunk 2077 will come out, we have to establish when the game entered development. According to that Eurogamer interview, CDPR had internally decided on making an RPG based on the Cyberpunk tabletop RPG series as of summer 2011. It did not reveal its intentions to the outside world until May 2012, and the project wasn't officially announced as Cyberpunk 2077 until the first teaser trailer came out in January 2013. That's already a long time to be keeping an ambitious project like this in your back pocket.

But the wait stretched on even longer. Almost all of CDPR's staff was dedicated to finishing The Witcher 3, and much of it stayed on to support the game after launch with free updates and two paid DLC expansions.

"It’s been over 2077 days since we announced our plan to develop Cyberpunk 2077," CDPR wrote in a hidden message in Cyberpunk 2077's E3 2018 trailer. "We released a CGI trailer, gave some interviews and… went dark. Normal procedure for these kinds of things - you announce a game and then shut up, roll up your sleeves and get to work. We wanted to give you the Witcher 3 and both expansions first, which is why this period of staying silent was longer than we planned. Sorry for that."

"As soon as we concluded work on Blood and Wine, we were able to go full speed ahead with CP2077’s pre-production. But we chose to remain silent. Why? At that point we made the decision to resume talking about the game when we have something to show. Something meaningful and substantial. This is because we do realize you’ve been impatiently waiting for a very long time, and we wouldn’t like anyone to feel that we’re taking this for granted. On the contrary - it gives us a lot of extra motivation."

The Witcher 3: Blood & Wine came out on May 31, 2016, so we can put the "full speed ahead" pre-production start date for Cyberpunk 2077 in that month. May 2016 is five years after CDPR had decided to make the game! Some Cyberpunk-shaped things were definitely happening before then, but it sounds like they weren't substantial enough to figure into the calculations here.

If Cyberpunk 2077 takes about the same time to make as The Witcher 3, it will come out in time for holiday 2019 or early 2020.  To fall on the conservative side (and line up nicely with The Witcher 3's five-year anniversary)...

That probably sounds too far away for a game that just showed off a solid 48-minute chunk of gameplay to the world. Unfortunately it isn't; CDPR confirmed in June that the gameplay demo is built on a pre-alpha version of the game (which, to skip the technical explanation, means it's still quite early). The studio also took great pains to point out that the final product may differ quite a bit from the demo , further establishing this is not a game that just needs to tighten up the graphics on level 3 before it's ready for mass consumption.

Mike Pondsmith, the original creator of Cyberpunk, is advising patience as well: "I waited 30 years to get this, it was worth it," Pondsmith told YouTuber YongYea at E3. "You guys can wait a few more years. It will be worth it." And yes, you'll probably be able to play it on PS5 and Xbox Scarlett.

Tide yourself over for a while with our look at 10 things you may have missed in the Cyberpunk 2077 gameplay demo.