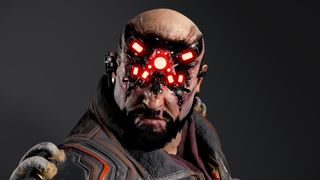 Genre-defining cyberpunk author William Gibson wrote that "the street finds its own uses for things", and that goes double for handy bits of wire in Cyberpunk 2077. Developer CD Projekt Red has been putting out a series of videos that dive deeper into concepts from the Cyberpunk 2077 E3 2019 demo, and the latest is nanowire.

You may have seen snippets of gameplay that show protagonist V whipping out wires from their wrists to dismember nearby targets, and it turns out they're capable of wreaking havoc that doesn't involve severing foes' appendages at the molecular level.

"It's a cyberware called the nanowires, and they're basically a set of strings, almost like a garrote, that is attached to your arms," senior level designer Miles Tost explains in the video. "You pull them out and connect them, and that way you can stealthily kill people. But you can also hack them from a distance, unlocking the ability to quick-hack enemies and upload some powerful malware in them and make them shoot themselves, and all that kind of cybernetic divinity and godhood that you want to have your hacking character do.

"The other cool thing is they're not just for hacking, you can also use them to slice people into tiny bite-sized pieces, because, again, they're really sharp little metal strings and also powerful weapons, so they really come in handy for what you would call combat netrunning."

I would call combat netrunning exactly what I want from Cyberpunk 2077, all the better if I can use the nanowires to non-violently persuade my enemies to get lost already for a high-tech pacifist run. I pledge to be a merciful cybernetic god to all but the most galling corporate bigwigs.

While we're talking about cool future tech, have you seen the Cyberpunk 2077 motorcycle? It's pretty much just the bike from Akira and it's the best.