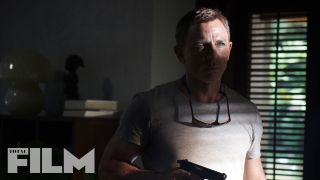 Billie Eilish will co-write and perform the title song of the next James Bond film, No Time to Die. She has become the youngest ever singer to perform a James Bond theme song.

“It feels crazy to be a part of this in every way," she said. "To be able to score the theme song to a film that is part of such a legendary series is a huge honour. James Bond is the coolest film franchise ever to exist. I’m still in shock.”

No Time to Die will be the 25th movie in the long-running franchise, as well as the last with current 007 Daniel Craig. Eilish has co-written the movie's as-yet-untitled theme song with her brother, Finneas O'Connell, who helped pen her mega-hit "Bad Guy".

Eilish, who follows in the footsteps of Spectre singer Sam Smith, hinted at the announcement a few hours before it was officially confirmed by posting photos Bond actresses on her Instagram account. Eon Productions, who produce the Bond movies, later confirmed the news.

Producers Barbara Broccoli and Michael G. Wilson, who have helped steer the Bond franchise since Goldeneye and A View To a Kill respectively, said of the news, "We are excited to announce that Billie and Finneas have written an incredibly powerful and moving song for No Time To Die, which has been impeccably crafted to work within the emotional story of the film."

No Time to Die will release in UK cinemas on April 2 and in the US on April 8.