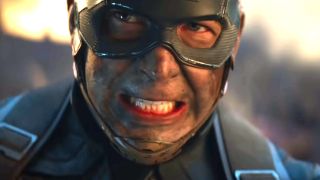 You might want to start preparing for Avengers: Endgame well in advance. Not only will the three-hour bladder buster not have an intermission, head of Marvel Studios Kevin Feige says you don’t want to interrupt with something as trivial as going to the bathroom

Speaking to io9, Feige waxes lyrical on what it means for a viewer to see a perfectly-pitched runtime. Sure, the Avengers: Endgame runtime is clocking in at just over 180 minutes but, as Feige explains: “We are not fans of laborious lengths for no reason. We are fans of movies that you wish didn’t end. Movies that you want to see again as soon as it’s over. And movies that you just don’t ever find a good time to run out to the bathroom.”

So, no pee break for you – unless you want to risk missing something big. Co-screenwriter Christopher Markus calls it “a tight three hours,” which speaks volumes of the confidence that everyone involved has for this extended runtime.

There’s also not going to be an intermission. Anthony Russo tells ComicBook.com that the topic of a mid-movie break to let us all gather our collective breaths was something they only “discussed in jest”.

But it could have been even longer. Feige hints that the process of “continuing to bring [the runtime] down” on movies that he wished would never end also happened with Endgame. “[Reducing the runtime] happened to a certain extent on [Endgame]. But we got to a point where it feels very exciting and goes by very quickly and in the end is the perfect length. And everybody that saw the movie felt the same way.”

So, it’s three hours. And that’s that. Some word of advice: Go before you get in to the cinema. You might just regret it otherwise.

Here are some of the best Avengers: Endgame theories to tide you over for another few weeks. Not long to go now!