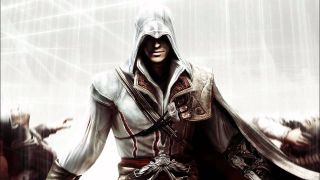 An original Assassin's Creed anime is on the way from Adi Shanker, the producer currently working on Netflix's upcoming Castlevania show.

There's no immediate confirmation that this will be a Netflix show, but it has been heavily rumoured. And with Castlevania imminent, plus The Witcher's on the way, the streaming service defintely seems to like video games right now.

Here's the announcement from Shanker:

There's no word yet on the setting or characters but seeing as Shanker mentions "the first edition of Assassin's Creed" and uses the original game's logo it might suggest a older historical setting. Especially considering the upcoming Assassin's Creed Origins is heading back to ancient Egypt.