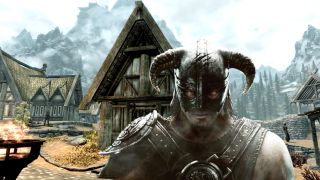 Ah, it's good to have land, whether that be here in the real world or in the games we play. But have you ever caught yourself wondering just how much a house in, say, Skyrim would cost in real-world terms? Well wonder no more. London & Country Mortgages, one of the UK's largest brokerage firms, has broken down how much property would actually cost in Skyrim, Fallout 4, Breath of the Wild, The Witcher 3, The Sims 4, Stardew Valley, and Final Fantasy 14.

We've pulled out some of the most interesting details from L&C's study below, or you can read the full study on the London & Country website if you like.

Most homes in Skyrim will run you 5,000 Septims, which translates to $12,476 / £9,242 (read on to see how L&C arrived at that figure). That alone is pretty neat, but let's take this a few steps further. GeekifyInc - an Etsy-like store that sells custom memorabilia - claims Breezehome in Whiterun to be roughly 1,900 square feet, with an upper level. Meanwhile Zillow, an online realty site, reports that the median price per square foot in the United States is $150. (Note that's median, not average - prices would swing heavily up or down depending on where you were looking to purchase.)

In other words, if Breezehome were a real-life location and fit perfectly within the median range of price per square foot, it would be valued at $285,000 / £224,486. And you're buying it for roughly 4% of that. Forget this dragon-fighting crap, the Dovahkiin should become a house flipper! Of course, the Dovahkiin lives in a feudal society where inflation wouldn't be so high and most people don't earn much coin so all of these numbers would surely change, but it's still fun to think about what would happen if worlds collided.

Other fun bits of trivia: the cheapest home in L&C's study was Home Plate in Fallout 4, which makes sense. I mean, it is basically just an empty warehouse held together with tin settled in an irradiated hellscape. The most expensive home in the study was a large mansion in Final Fantasy 14. Houses in Eorzea are incredibly expensive since space is limited - only 2,000 homes are available per server - and this unique setup has led to the creation of a FF14 housing market sub-reddit.

According to L&C's methodology, the closest an in-game currency came to $1 is The Sims 4's Simoleon, while the closest an in-game currency came to equaling £1 is Breath of the Wild's Rupee. As for how L&C came up with these values, the answer is... cheese. By comparing the prices of common items (such as a cheese wheel, apples, and carrots) in the game world with the real world, the company found conversion rates, which it then averaged. You can see the complete breakdown here.