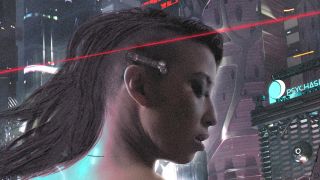 Altered Carbon, the Netflix series about solving mysteries in a far-future cyberpunk world, is getting a tabletop roleplaying game. A Kickstarter for the RPG went live today and has already collected over $45,000 in pledges as of this writing, more than twice its base line fundraising goal of $20,000.

The Altered Carbon RPG is being developed in collaboration with Skydance Television, the production company behind the Netflix series. It shares the same fictional universe as the show, offering up Bay City (the futuristic version of San Francisco) as the default setting for your adventures. Plenty of tabletop RPGs have explored the genre of cyberpunk in the past - including the game that inspired Cyberpunk 2077 - but Altered Carbon's post-death reality gives it a unique hook.

Sometimes character death in tabletop RPGs is dramatic and narratively appropriate, sometimes it's a letdown, sometimes it means scribbling "Jr." on the end of your character's name and picking up right where you left off. But bodies are basically cars in Altered Carbon. If one gets wrecked, you can just "re-sleeve" yourself into another. The game accounts for that, letting you transfer the same character over to a new body with its own unique attributes. That's as long as you can pay for it, of course, or if you don't mind owing somebody big time for picking up your reincarnation tab.

Just like the show, the game will focus on telling "neo-noir" mystery stories with plenty of intrigue and action. Its new Hazard System cites influences from Cortex, Savage Worlds, and Hunters Entertainment's own Outbreak: Undead. I've played games using the first two, so I'm interested to see where Hazard goes from there.

You'll need to back the project at a minimum pledge of $25 to receive a PDF of the Altered Carbon RPG, or $50 to get a hard copy and PDF. If you also want a set of "Illuminum" dice that have faces which can only be read under a UV light - I'm serious, it's so dumb and I want them - you'll need to pledge at least $150 for the "Synthetic Bundle".

You'll have Altered Carbon season 2 to draw character ideas from too - it's set to hit Netflix later this month.