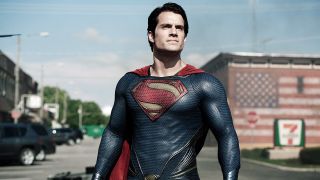 OsirisBlack, the same forum user who recently dropped details on what sounds very much like a next-gen The Order: 1886 sequel and previously locked down most of the details for PS4 Pro ahead of its reveal, has continued their series of teases with some vague hints toward a handful of new third-party games that could be coming to Xbox Series X.

OsirisBlack posted a handful of videos pointing to Killer Instinct, 28 Weeks Later, and Superman in response to a question about third-party launch exclusives for Xbox Series X. They added that Microsoft's E3 presence in June is "going to be hard to beat". Microsoft owns the Killer Instinct franchise of fighting games, so a new reveal in that series wouldn't be a huge surprise. I'm honestly not sure what to make of the 28 Weeks Later tease - that particular zombie horror series has lain dormant for a while, so it might just be a reference to zombies in general, unless another World War Z-style offshoot is on the way.

It's the Superman nod that has people speculating the most. Is this leak talking about the possibility of a Superman game specifically? Because there's never been a good one of those, and it rules out that this is the next project from Batman: Arkham's developer (Rocksteady has stated outright that it's next project is not a Superman game). That doesn't mean somebody else couldn't be working on it, though it would truly be a courageous task - because, again, Superman games typically suck.

There's also the distinct possibility that this particular leak, like any other anonymous, unofficial claim, doesn't mean anything. Take it with a big grain of salt, but keep your eyes open for anything with a big red "S" on its chest as E3 draws closer.