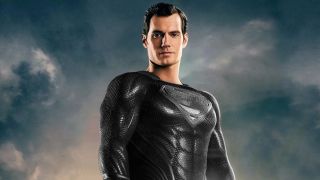 Mild spoilers for Justice League ahead!

Although he perished at the end of Batman v Superman: Dawn of Justice, pretty much everyone knew the last son of Krypton was coming back for Justice League. In the comics, Superman dies at the hands of Doomsday only to come back a year later with a sweet new jet-black costume - so naturally fans expected the same to happen in the films. Only... it didn't. Why?

Speaking to Inverse, Justice League cinematographer Fabian Wagner said that scenes featuring Superman in his black suit were indeed filmed, but were not used in the final cut. "It’s a cool looking costume. Sadly, we didn’t see that either in the final cut," Wagner said. "Zack takes his time with telling the stories, and I’ve always liked that about his movies. There are a few scenes that I was very much looking forward to seeing which unfortunately got cut."

It's interesting Wagner specifically calls out Zack Snyder, who helmed Justice League until a family tragedy resulted in his replacement by Joss Whedon. There's a lot of discontent rumbling over how much of the movie is Snyder's work and how much is Whedon's (and whose approach is better), so Wagner mentioning the former but not the latter may pour some gasoline on that forum fire.

While I think the odds of a 'Zack Snyder cut' version of the movie happening are miniscule (despite a Change.org petition which now has upward of 150k signatures), I admit that I would like to see the so-very-90s black suit on film. Preferably with Cavill sporting a flowing mullet, as is true to the comics.