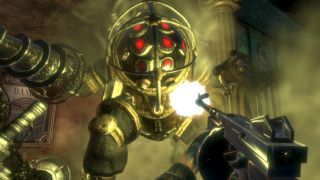 Yeah, yeah, I know. You’re probably ready to mount my head on a pike for suggesting that spoilers can increase your enjoyment of a movie, TV show, or game. And by no means am I suggesting we should start blurting out spoilers as soon as we get our hands on them, because that would just be phenomenally dickish. But before you assemble a mob, science has actually proved that spoilers seem to increase our enjoyment of stories. Jonathan D. Leavitt and Nicholas J.S. Christenfeld released a study called ‘The fluency of spoilers: Why giving away endings improves stories’ in 2013 where they carried out a series of experiments to determine the impact spoilers have on stories, and found out that knowing what’s coming makes the tale itself more satisfying. Not exactly the conclusion you’d expect, really.

In their own words, “for every genre we tested - murder mysteries, tales that end with ironic twists, and more evocative literary stories - spoilers actually enhanced pleasure”. The people participating in the experiment were given short stories to read, with spoilers explaining the outcome of the story inserted midway through the tale. Basically they then knew exactly how the plot would develop, and afterwards rated the story based on whether it unfolded as they predicted, how ‘beautiful/evocative’ it was, how much they enjoyed it, and how easy it was to understand (which the study calls ‘fluency’).

Unsurprisingly, the experiment found that spoilers makes stories easier to understand. Which seems kind of obvious, to be honest. After watching The Prestige a second time, it’s a lot easier to comprehend exactly how Borden managed to perform his Transported Man trick (don’t worry, rather ironically I’m not going to spoil it here) as you’re saved the effort of trying to work out how he did it while the movie is playing. You’re not being distracted from the plot, and don’t have that bemusing moment where all is revealed and you have to quickly piece together what it means in the space of three seconds.

But here’s the are-you-seriously-kidding-me bit: the results of the experiment showed that spoiling stories increased how much the subjects enjoyed each tale. What that doesn’t mean is that people now have permission to freely spoil movies or games with the asshole excuse that ‘you’ll enjoy it more now you know the ending, science said so’. Anyone who does that should be put in the naughty corner without hesitation. There’s a big difference between purposefully spoiling a story and replaying, rewatching, or rereading it for a second time when you know a twist is coming.

Appreciating spoilers because they make stories easier to understand, and therefore more enjoyable, might sound at first like we’re lazy and enjoy being spoon-fed endings, but that’s simply not true. The study suggests that the results point to “curious readers seeking comprehension… the increased fluency associated with spoiled stories may ultimately lead to deeper comprehension of thematic elements, without altering the artful presentations of stories”. Sounds about right, as I can’t go any further without mentioning an obvious example that supports the whole spoilers-make-stories-better theory: would you kindly.

Those three words turned BioShock from an FPS in a breath-taking setting into a commentary on just how much control we think we have in video games. Playing through BioShock for the first time, you don’t truly appreciate the ‘thematic elements’: how similar you are to the Little Sisters and Big Daddies, being just another mind-controlled test subject acting on orders without seeing the world as it really is. It also led to a point where I had to put down my controller and just take a moment to register the almighty and literally game-changing moment that had just been dropped on me. Appreciating the magnitude of what that phrase meant for the game as a whole doesn’t really become clear until you replay BioShock from the beginning and realise how subtle that wording is.

Same goes for Guardians of the Galaxy Vol 2. If you knew beforehand that Ego was the central villain, his behaviour beforehand makes complete sense. He’s not an absent father. He’s a maniacal asshole with a serious god complex who regularly practises infanticide and treats women like they’re single-use baby machines. Yondu doesn’t kidnap Quill and prevent him from having a meaningful relationship with his father; he gave Quill the freedom to grow up without being pressured into becoming a tyrant like his father. Mantis’ odd behaviour makes sense, and what at first appeared like an idyllic planet is instead eerie in its emptiness from the moment the Guardians step foot on it.

So why do spoilers make stories more enjoyable? It’s not a simple case of knowing the ending means we like the story more. It goes way deeper than that. A more plausible explanation is that knowing a twist is coming allows us to connect the dots in the lead-up to the big revelation; we see it coming and appreciate how artfully it was hinted at beforehand. Being able to see a movie or play a game for the second time and experience glee instead of bewilderment at the Big Thing happening now that you know it’s on the horizon is a deliriously fulfilling moment. All the pieces have already fallen into place. Instead of flailing around in the aftermath of the twist when your whole brain is screaming “Wait, what the hell just happened!?”, you can focus on the fallout from the twist and appreciate how everything comes together (well, unless the ending is absolute garbage, of course).

Once again, this doesn’t mean you should be told a story’s twist in the opening credits. The experiment clearly points out that “enjoying a story more when it is spoiled is not the same as wanting stories to spill their secrets quickly, in lieu of artfully concealing them. In prior work, when spoilers were presented as if they were part of the stories themselves, they no longer increased enjoyment.” In other words, when spoilers were worked their way into the fabric of the tale instead of being mentioned in a separate aside that was obviously not part of the story, no-one enjoyed them that much more.

Sometimes spoilers can be the most frustrating things on the planet, ruining weeks, months, or even years of anticipation as you wait for the next instalment of your favourite TV show / movie / game. I don’t believe for one second that you’d ever thank someone for spoiling something like that for you. But if you get a spoiler about something you’re not that bothered about, maybe try watching or playing the title for yourself. See how you feel about it now you know some big revelation is coming. Is the story like a carefully-woven fabric, with all threads leading back to the spoiler? Or does it quickly unravel after the spoiler comes to fruition? Whatever you do, keep a hard copy of the study on hand as evidence that you’re not making it up. You’ll probably need it.