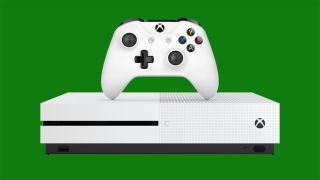 Prepare your summer jams, Xbox faithful. Microsoft has confirmed that it will finally enable playing background music in Xbox One as part of the cross-platform Windows 10 Anniversary update rolling out on August 2.

Xbox 360 has allowed users to stream music off hard drives or external mp3 players while playing games for years, but it's never been an option on Xbox One. Xbox director of program management Mike Ybarra said back in November 2015 that Microsoft wanted to implement the much-requested feature "in a way that surprises fans". Microsoft said only that background music was coming with the big update, not how it would be implemented, so that leaves plenty of room for surprises.

The update will also enable Language Region Independence on Xbox One, meaning you'll be able to select what language your system uses separately from where you say you live. Should be of great service to people whose first language isn't the same as their current country and for prankster roommates alike.

The Windows Store will be further unified for cross-platform purchases and play as part of the update, shoring things up for Microsoft's Xbox Play Anywhere initiative. Last but not least, you'll be able to talk to Cortana via voice commands, instead of speaking to your Xbox directly. Let her handle the busy work! It's not like she'll go rampant or anything.